"Miramichi is a place truly enriched by cultural diversity, where people live together in harmony and everyone feels an important part of the community. Our mission is to attract and retain immigrants and newcomers to Miramichi by promoting education, understanding, communication, and harmony among all cultures" 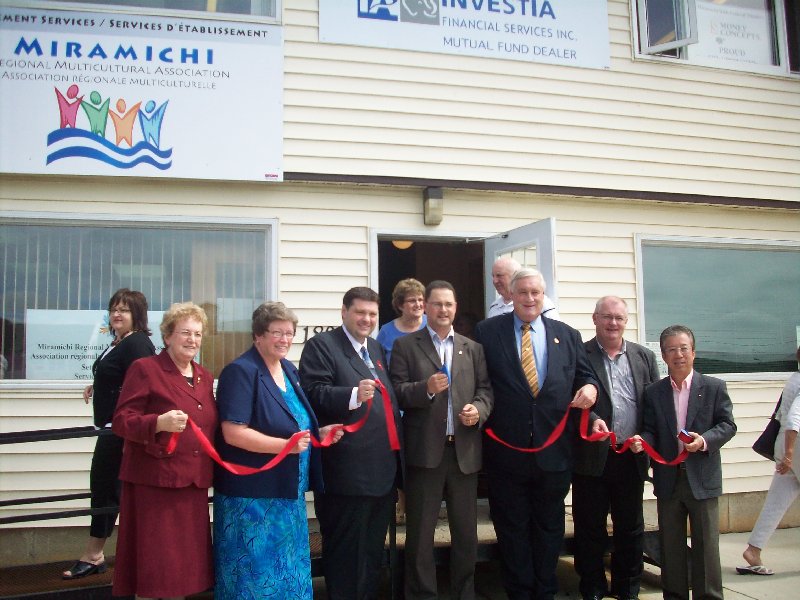 Miramichi Regional Multicultural Association ("MRMA") is a non-profit organization that exists to educate and promote understanding and communication among different cultures; attract and assist in the settlement of immigrants; and advocate for the interests of people of all heritages. MRMA's vision is that of a Miramichi region that is economically; socially and culturally rich as a result of contributions from a diverse population that is dynamic and sustainable over time.

MRMA was formed on October 13, 2005. Prior to this, the organization existed for many years as a loose association composed entirely of volunteers. The organization started out by implementing small projects in 2006, and then on July 21, 2008, MRMA incorporated as a non-profit corporation under the New Brunswick Companies Act. The association's prime mandate is to provide settlement and integration services to immigrants.

Part of MRMA's responsibilities is to closely follow the demographics in New Brunswick. Statistics have shown that this province has an aging population, an outward migration of young people, and a declining birth rate. Unless there is a drastic change, these statistics will result in a severely negative impact on the economy of the Miramichi region, and the province as a whole. Failing to increase our population and labour force will lead to a weak tax base, and thereby affect our schools, hospitals and general infrastructure.

MRMA covers the entire City of Miramichi and all of Northumberland County. Northumberland County itself is relatively large, being approximately 1905 square kilometres. Besides newcomers finding employment opportunities in the city, immigrants often find employment in surrounding communities in industries such as peat moss and fish plants. The area has the advantages of relatively inexpensive housing, open spaces and beautiful scenery.